$250,000 in Grants to Boston Artists Working Toward Racial Justice 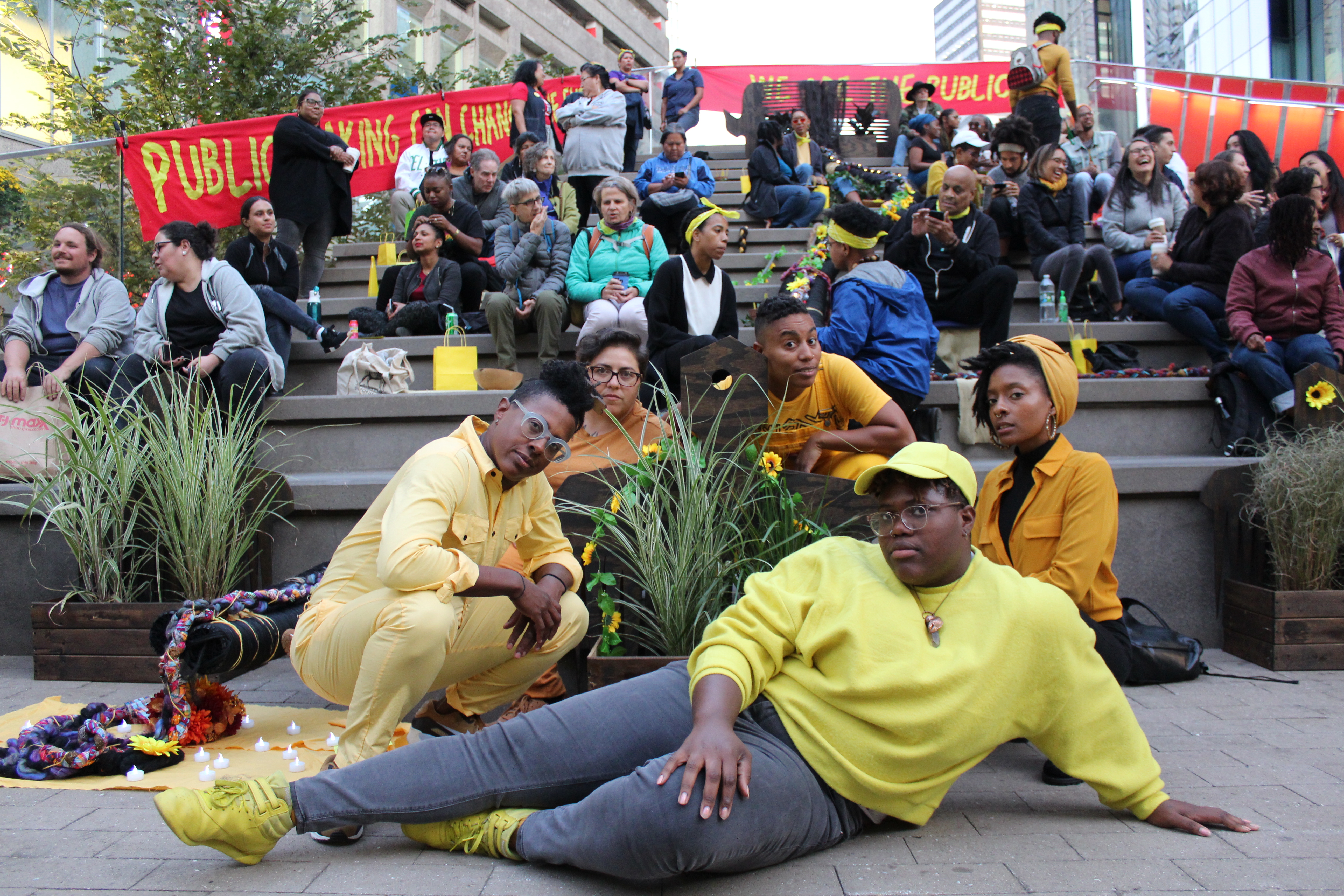 CITY OF BOSTON, MASSACHUSETTS COLLEGE OF ART AND DESIGN AWARD $250,000 IN GRANTS TO BOSTON ARTISTS WORKING TOWARD RACIAL JUSTICE

A cohort of 16 BIPOC artists make up the pilot year of the three-year regranting program, Radical Imagination for Racial Justice

BOSTON - December 2, 2020 - Mayor Martin J. Walsh and the Mayor’s Office of Arts & Culture, in partnership with Massachusetts College of Art and Design (MassArt), today announced 16 ALAANA+/BIPOC artists and collectives received grants totaling $250,000 in the first year of the Radical Imagination for Racial Justice (RIRJ) program. The funds and program support are dedicated to artists who identify as ALAANA+ (African, Latinx, Asian, Arab or Native American) or BIPOC (Black, Indigenous, People of Color) and who work at the intersection of art, community, and justice to radically imagine and build toward a racially just society. These grants are made possible by the Surdna Foundation’s Thriving Cultures program.

"As we continue to work to dismantle systemic racism in our city, it is critically important to learn from those who have been using their creative practices to envision a Boston where every single person has the opportunities to thrive," said Mayor Walsh. "We are looking forward to sharing the work of the grantees, and continuing to support the arts and culture sector during these unprecedented times."

"MassArt is proud to partner with the City of Boston to support BIPOC artists who are working in our communities to make our city a more racially just place to live, work, and create," said MassArt Acting President Kymberly Pinder. "As a public institution and a community of makers, equity and activism is in our DNA. We’re excited to support this first cohort of artists and help them actualize their radical visions for racial justice in our city."

Artists, creatives, or cultural organizers who identify as ALAANA+ or BIPOC, who are at least 14 years of age and live or work in Boston were invited to apply. For the pilot year, the RIRJ program received over 300 applications and made 16 grants to an intergenerational group of artists. The grantees will develop a wide variety of projects that work toward racial justice in the City of Boston, including:

Learn more about the artists and their proposed work at imaginejusticeboston.org.

Throughout 2021 the grantees will further develop and implement their work. Artists will gather several times throughout the project year to build fellowship, engage in sustained conversations about racial justice in Boston, and share how their projects are evolving.

"We could not have imagined, in this short time, that the world and our daily practices would be so thoroughly reshaped by a global pandemic, long overdue racial injustice reckonings, abolition initiatives, and numerous other acts of resistance to other problematic socio-cultural and economic systems and structures," expressed the members of UnBound Bodies Collective. "We also could not have imagined that during this time of illness and uncertainty, that the City of Boston and MassArt would intentionally design a grant that counters many philanthropic normativities, addresses racial inequities, supports experimental/imaginative world-building, and encourages applicants to include care and wellbeing in their creative proposal."

The unique application process developed for the RIRJ program offers a model of equitable, community-driven re-granting practices. For phase one, applicants could choose to submit their responses to a series of questions in writing or via video. Office hours with RIRJ program organizers were offered to support applicants in their process. A group of twelve artists applying for the larger grants were invited to complete a second phase of the application, and they received additional technical support. All applicants were asked to allocate a minimum of 20% of their grant budget toward their personal well-being, in recognition of the fact that the people bringing creative, collaborative, justice-oriented work to life need support, in addition to the projects that are created. The submissions were reviewed by two community-based, intergenerational panels comprised of 24 ALAANA+ / BIPOC individuals. Many grantees have never received grant funding prior to the RIRJ program.

The Radical Imagination for Racial Justice program is a continuation of the work that the City of Boston and MassArt have been doing. Mayor Walsh has emphasized the importance of equity in Boston by overseeing the creation of Resilient Boston, the City’s first ever strategy for advancing resilience and racial equity in Boston, and appointing Dr. Karilyn Crockett as the Chief of Equity for the City of Boston. The City also launched the Boston Racial Equity Fund to advance racial equity and dismantle systemic racism in the City of Boston and its enduring effects, particularly on Black and Brown communities by increasing their overall safety, wellbeing, equity, and prosperity. MassArt’s Office of Justice, Equity and Transformation (JET) continues to work toward achieving systemic equity in all areas of the educational institution through transformative learning and teaching efforts, and is simultaneously working to advance racial equity framed by the Massachusetts Department of Higher Education's Equity agenda. MassArt's mission for equity and justice is also brought to life through its Center for Art and Community Partnerships and Artward Bound program, which cultivate authentic community engagement and access to opportunities for youth, families, and creatives throughout Boston and beyond.

About Radical Imagination for Racial Justice

In May, the Mayor’s Office of Arts and Culture and MassArt announced their partnership for the new program, Radical Imagination for Racial Justice, as one of 11 national regranting programs to receive funding from the Surdna Foundation. The Boston RIRJ program is the only municipal-higher education collaboration, and is the only partnership with an emphasis on youth as both participants in the process and as potential grant recipients. RIRJ is led by Kara Elliott-Ortega, Chief of Arts and Culture for the City of Boston, and two MassArt program leaders Ceci Méndez-Ortiz, Executive Director of the Center for Art and Community Partnerships (CACP), and Chandra Méndez-Ortiz, Executive Director of Youth Pathways and Programs and Director of Artward Bound. The process was also guided by an Advisory Group and a Street Team of creative messengers aged 14-24.

About the Surdna Foundation

The Surdna Foundation seeks to foster just and sustainable communities in the United States — communities guided by principles of social justice and distinguished by healthy environments, strong local economies, and thriving cultures. Learn more at surdna.org.

About the Mayor’s Office of Arts and Culture

The Office of Arts and Culture enhances the quality of life, the economy, and the design of the City through the arts. The role of the arts in all aspects of life in Boston is reinforced through equitable access to arts and culture in every community, its public institutions, and public places. Key areas of work include support to the cultural sector through grants and programs, as well as the production and permitting of art in public places.