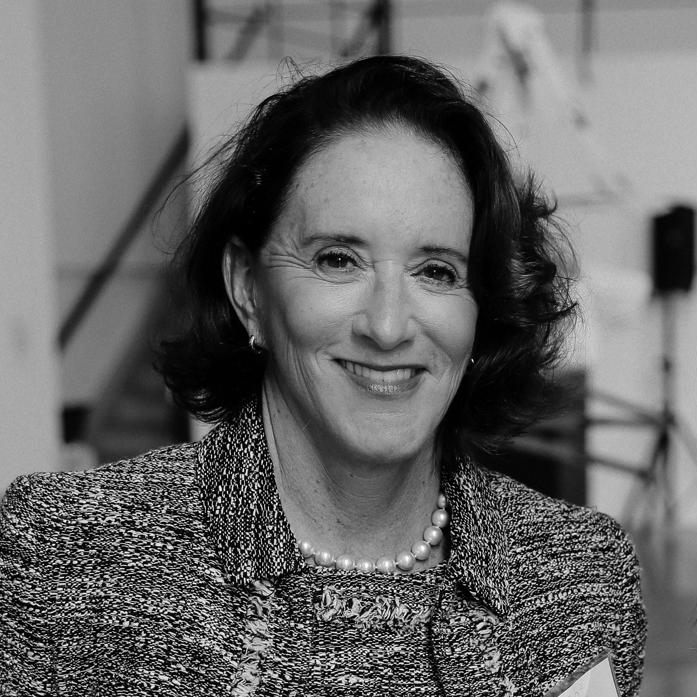 Janice M. Saragoni is President of Saragoni & Company, a Boston-based communications consultancy specializing in media relations, relationship marketing, crisis communications and public affairs. Active in a variety of cultural and non-profit organizations, Jan is a member of the executive committee of Save Venice, Boston Chapter, and serves on the editorial advisory board of the John F. Kennedy School of Government Magazine. She is a committee member of UNICEF's "Children First Speakers Program" and sits on the advisory board of the Boston Public Market. On the digital front, Jan is managing editor of "styleboston.tv" a lifestyle website that first broadcast in Boston as an Emmy Award-winning television show.

Before launching her firm in 1996, Jan was director of marketing and public affairs for the Massachusetts Convention Center Authority/Hynes Convention Center, director of communications for the Massachusetts Department of Public Works and an assistant press secretary in the Mayor's Office of Communications, City of Boston. As a correspondent for the Associated Press, she covered local news and politics in Louisiana, Mississippi and Georgia.

Over the years Jan has served on the boards of the Massachusetts State Lottery Commission, the Massachusetts Convention Center Authority, the Massachusetts Women's' Political Caucus, the Cambridge Office of Tourism and was a founding planning board member of the Rose Kennedy Greenway Conservancy, responsible for the development of Boston's Greenway Parks.

A Brighton native who attended Boston public schools, Jan earned a B.A. in American Studies from Amherst College and holds a Master of Public Administration from Harvard University’s John F. Kennedy School of Government. She also attended Cape Cod Community College and completed a program of advanced studies at the University of Perugia, Italy. 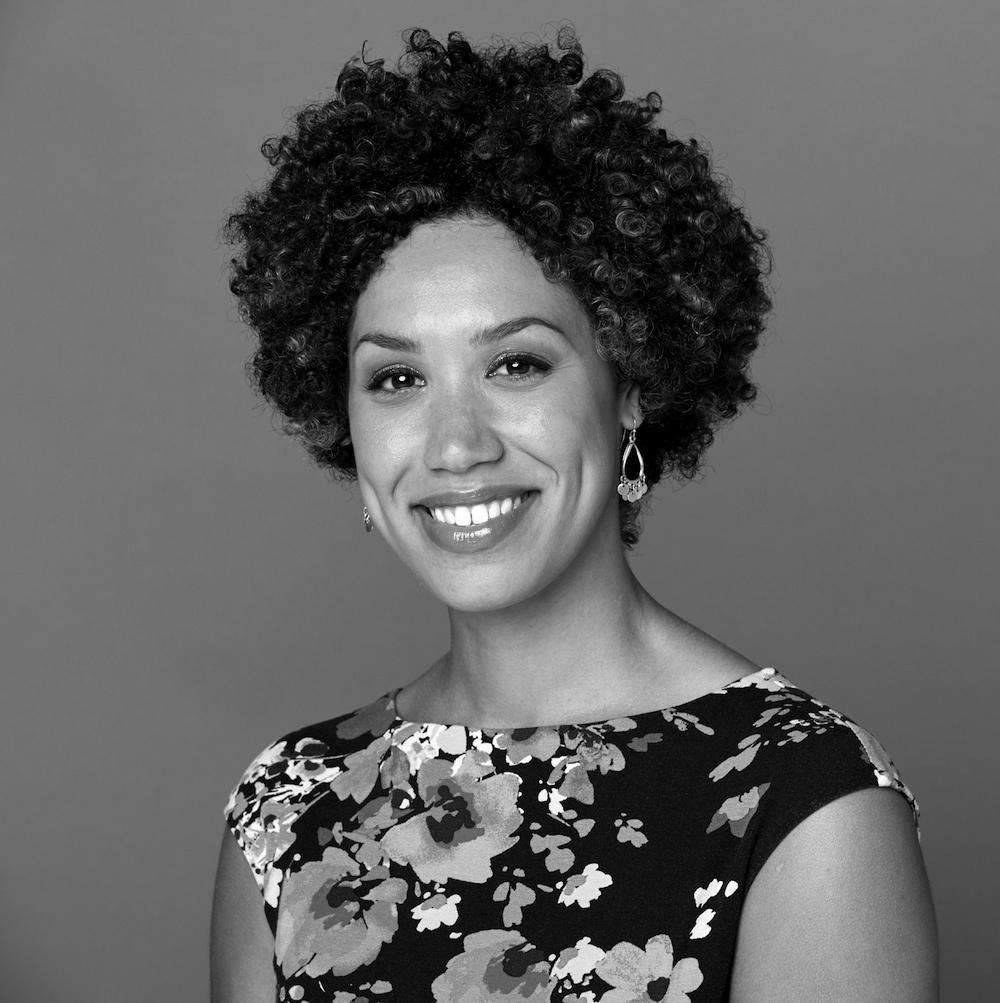 Elisa H. Hamilton is a socially engaged multimedia artist who creates inclusive artworks that emphasize shared spaces and the hopeful examination of our everyday places, objects, and experiences. She holds a BFA in Painting from Massachusetts College of Art and Design, and an MA in Civic Media from Emerson College. Her work has been shown locally and nationally in solo and group exhibitions. 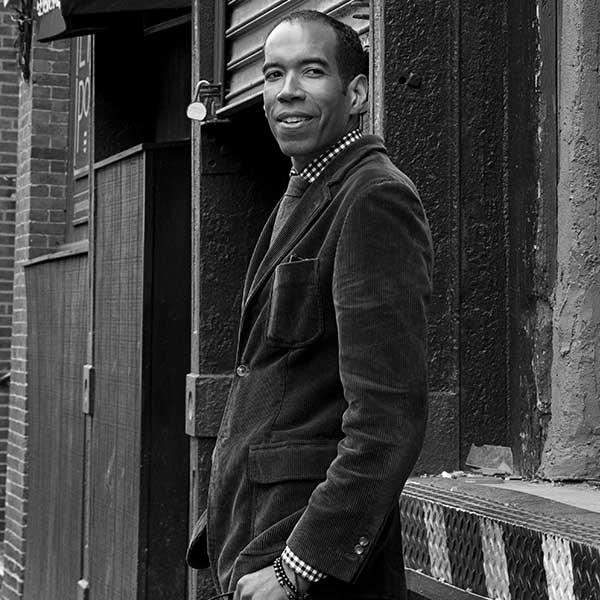 Daren Bascome is the founder and Managing Director/Creative Director of multidisciplinary branding agency Proverb, and the creative vision behind its unique approach to brand building. Under Daren’s leadership, Proverb has become a sought-after partner for brands seeking to apply design thinking to their businesses, products and communications. A native Bermudian who cut his teeth in exhibit design, Daren set out to create the type of agency that the industry tends to lack—dynamic, international and culturally relevant. Daren’s work has won numerous awards and drawn the attention of international media outlets, including Fortune, Fast Company, The New York Times, and The Boston Globe. He has served in various capacities on the boards of the Museum of Fine Arts, Massachusetts College of Art and Design, and Youth Design, among others. 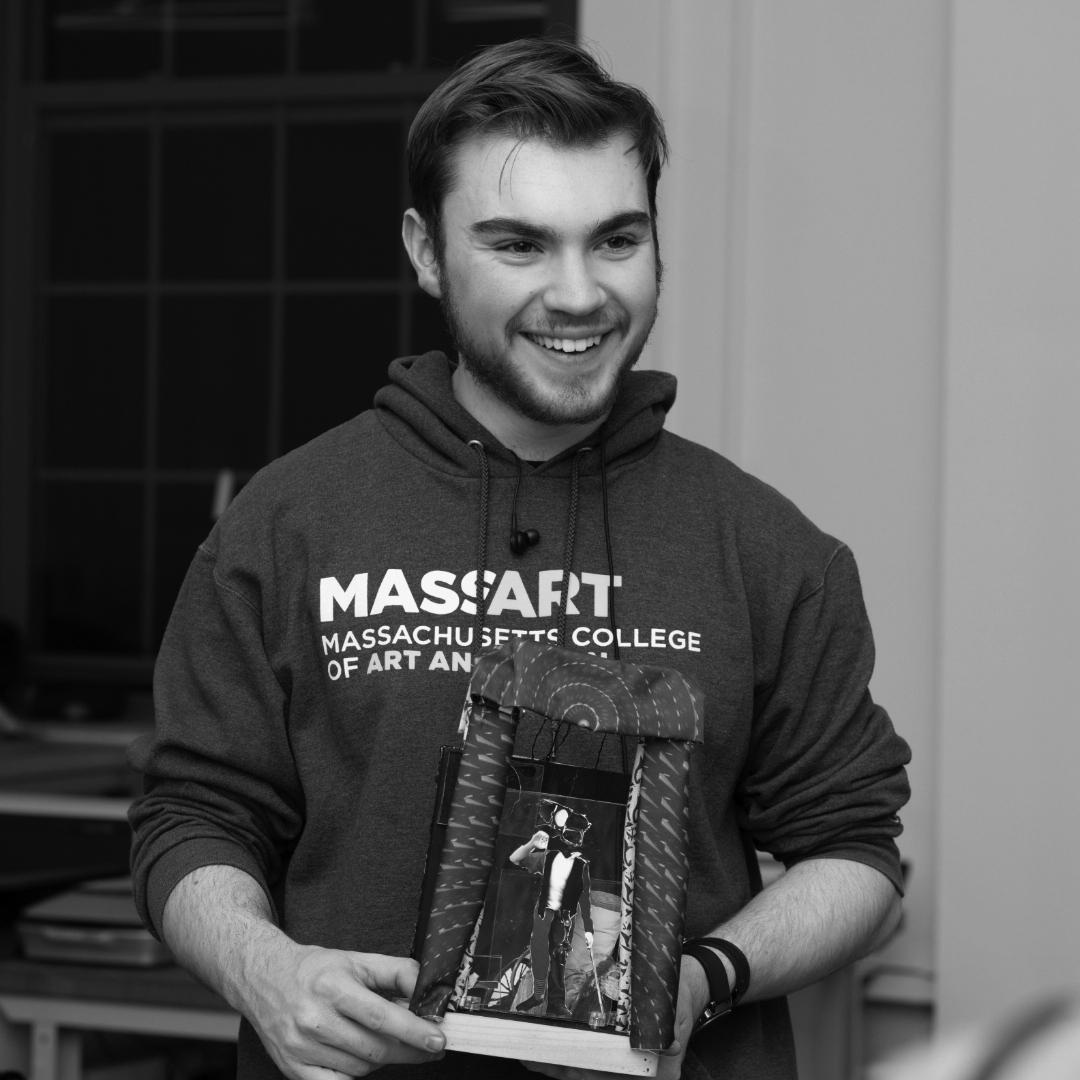 John Intoppa, a sophomore in the Industrial Design department at MassArt, became the Student Trustee in the Spring 2020 semester, and currently serves on the Student Advisory Council and the Presidential Search Committee. Intoppa is a beginner carpenter who creates furniture and various other stationaries, using mostly offcuts and recycled lumber to make affordable handcrafted products. Politically active in his home town of Medford, he recently ran for the Medford School Committee, coming in eighth with over 4,100 votes citywide and third in his home district. He also served as the Medford High School/Medford Vocational Technical High School Class of 2019 President, and has worked with state representatives, representing Medford at Student Government Day.  John strives to offer a strong voice for the MassArt community and an advocate for the arts in public and private primary, secondary, and higher education. 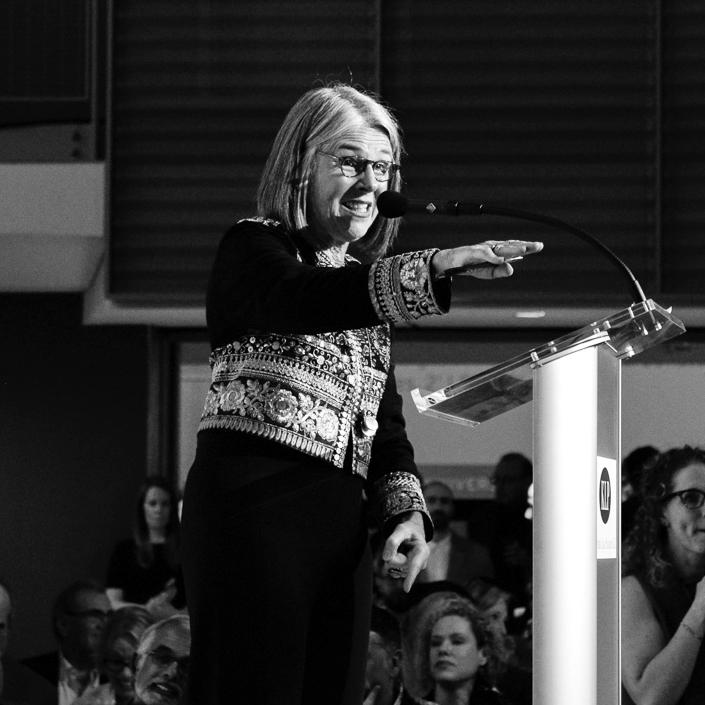 As CEO of Skinner, Inc., Karen Keane oversees the operation of one of the world’s leading auction houses, the largest in New England and a viable player in the international art and antiques marketplace. Karen was instrumental in the establishment of Skinner as a world-class auction gallery in Boston, as well as the company’s expansion into specialty areas that include Fine Musical Instruments, Science & Technology, Rare Books & Manuscripts, Fine Wines, and Judaica.

Karen brings her lifelong passion for art, antiques and the study of material culture to bear for Skinner’s business. Along with running the company, she is also one of firm’s most versatile appraisers with a broad knowledge of furniture and fine and decorative arts. Her specialty areas include American furniture and decorative arts, Americana, and folk art. She is also a formidable presence at the auction podium, becoming the company’s first female auctioneer early in her career.

Karen is also a familiar face and leading appraiser on the PBS Emmy Award-winning TV series Antiques Roadshow. Sought-after by the media, Karen is a regular contributor to art and antiques publications, symposiums, web sites, and blogs. She lectures and conducts benefit auctions and appraisal events for non-profit and for-profit institutions nationwide. Karen holds a Master's degree in Art History from Boston University. 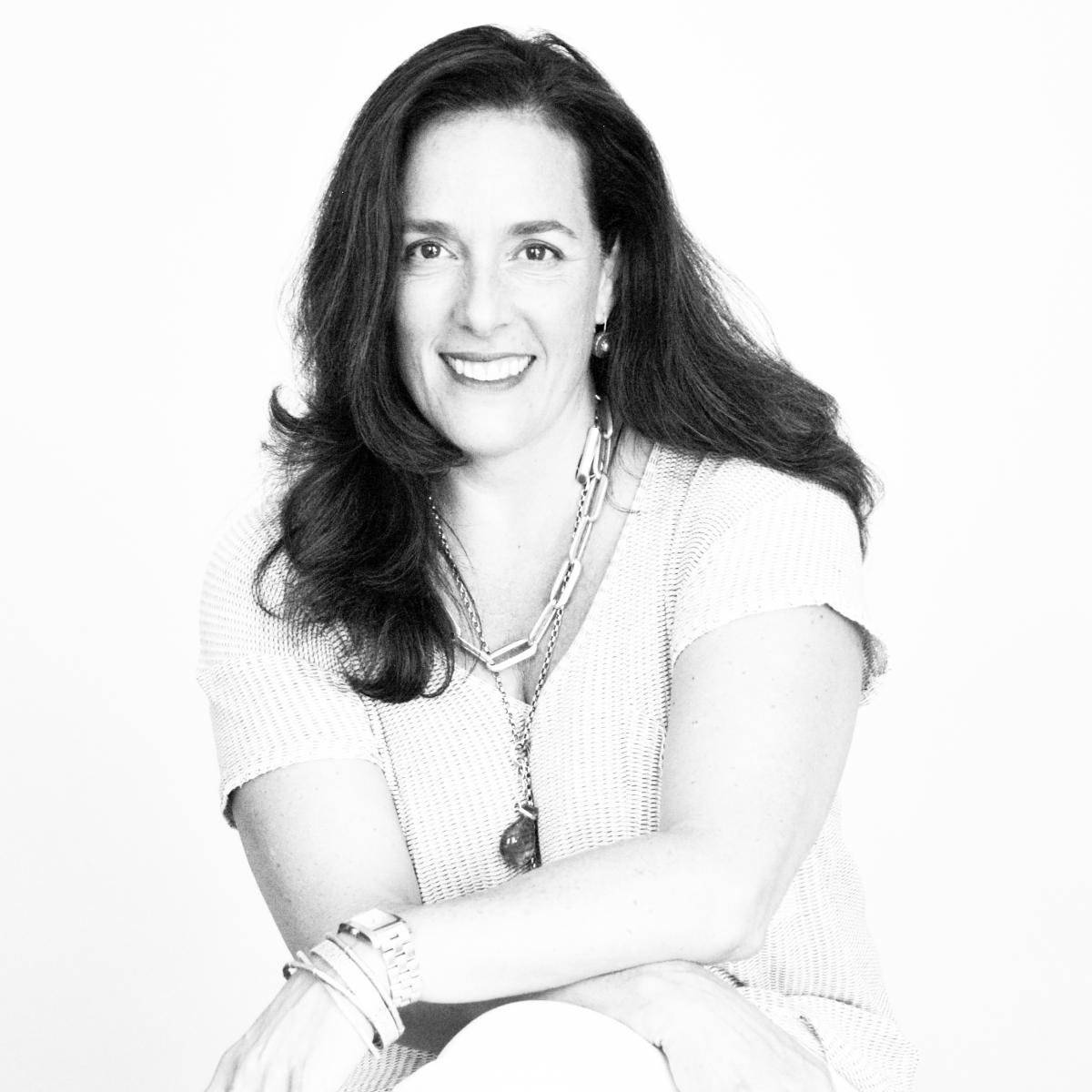 Denise Korn is Creative Director of Lifestyle Brand at Gensler. Recognized for her purposeful/multi-disciplinary approach, she is dedicated to crafting meaningful brands for a wide range of clients in real estate, hospitality and culture. Before joining Gensler, Denise founded and was Principal of Korn Design. A design industry speaker, mentor and activist, Denise is recipient of a Fellow Award from the American Institute for Graphic Arts (AIGA) for contributions as a design visionary and youth advocate; was awarded a James Beard Foundation medal for design; and her work has been honored by AIGA, Communication Arts, Graphis, Hospitality Design, and Interior Design magazines. A champion of diversifying the creative economy, Denise founded Youth Design in 2013, mentoring the next generation of urban talent fostering career opportunities in design. She was honored by the Boston Business Journal as a 2015 Leader in Diversity and serves as a Senior Fellow in Social Innovation at the Babson College Lewis Institute. 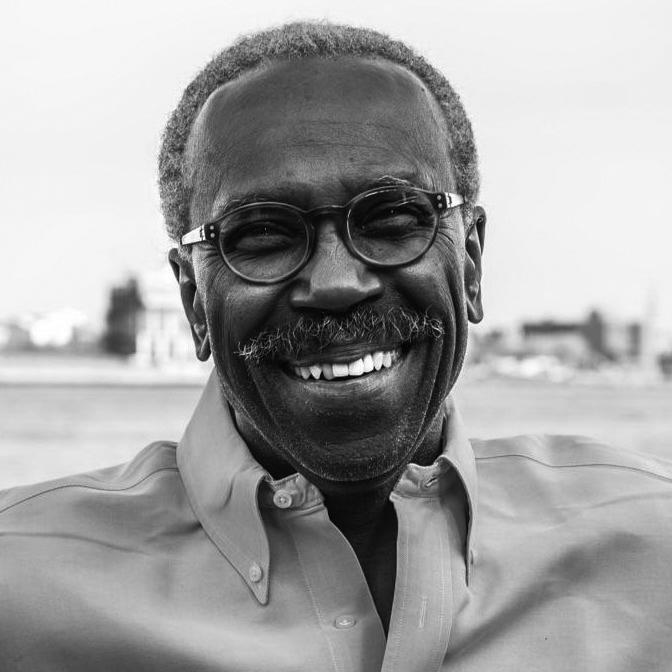 M. David Lee, FAIA, is a principal with Stull and Lee, Inc. where he directs a wide array of architectural, urban design, and planning projects. He spent many years as an adjunct professor in the Department of Planning and Urban Design at the Harvard Graduate School of Design and has been on the faculties of the Rhode Island School of Design and the Massachusetts Institute of Technology.

David served as president of the Boston Society of Architects in 1992 and in May 2007, he was one of three design resource persons invited to present at the National Endowment for the Arts and Conference of Mayor's first International Mayor's Institute in Warsaw, Poland. 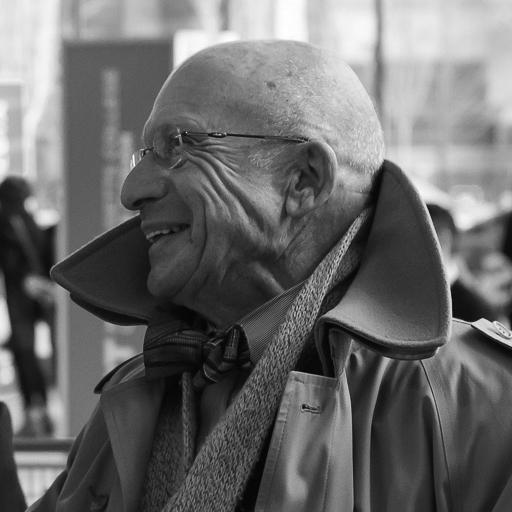 Peter is the founder and president of Nessen Associates. He is a public accountant who has served as Chief Executive Officer and on the governing Board of Advisors for national investment-banking firms. From 1987 to 1990, Peter was Assistant Secretary of Administration and Finance responsible for human and social service purchase reform. From 1991 to 1993, Peter was Secretary of the Executive Office for Administration and Finance for the Commonwealth of Massachusetts. In that capacity, he was the senior cabinet member and the chief financial officer in Governor Weld’s cabinet. Peter has also been a partner in the accounting firms of BDO Seidman and Henry J. Bornhofft Company, and the Dean for Resources and Special Projects at Harvard Medical School. He chaired the Massachusetts Cultural Council and served on the Governor’s Commission evaluating school reform, as well as representing Massachusetts as the public commissioner on the New England accreditation commission. 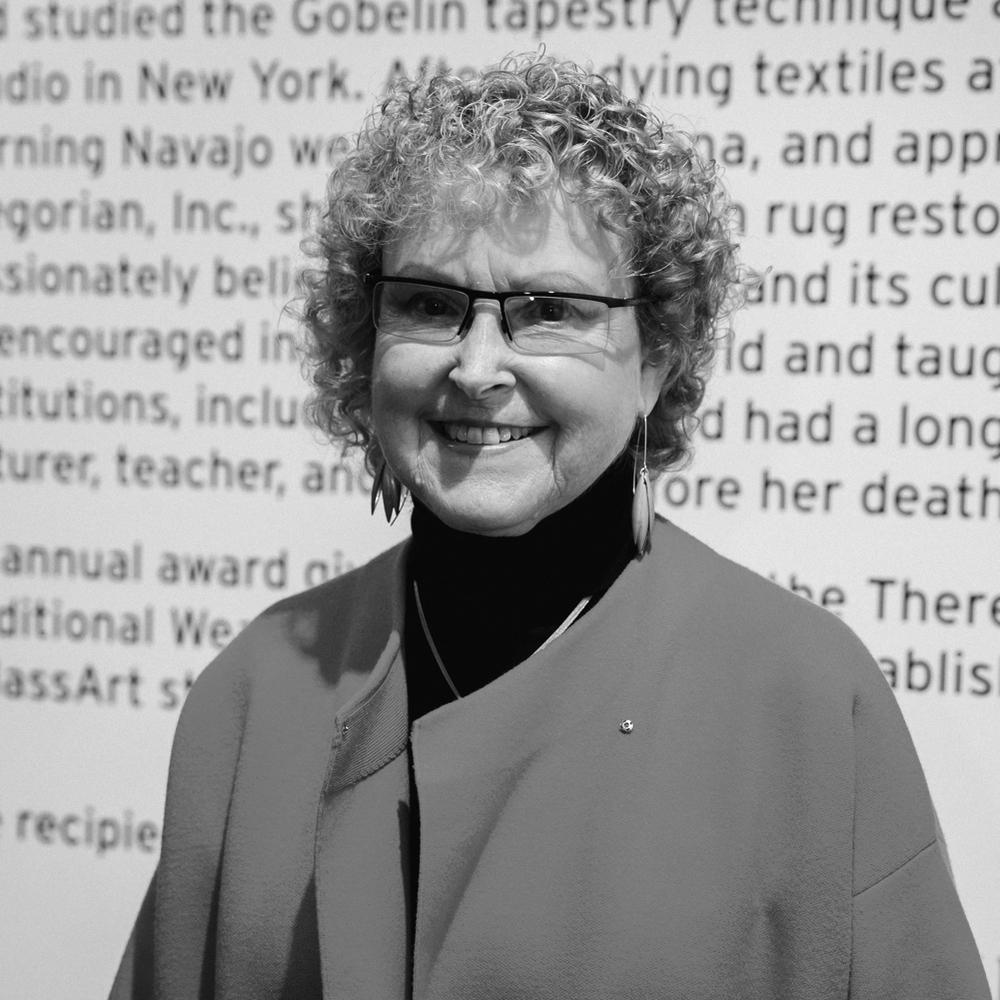 Pamela Parisi is a graduate of the MassArt Graphic Design department. In 2005, she received the American Institute of Graphic Arts Corporate Leadership Award and was the first woman in the world to have been appointed in a senior design position within a publicly traded corporation. In 2007, she retired from her position as Director of Global Design for Packaging at Proctor & Gamble (The Gillette Company), where she worked for nearly 30 years.Pamela served on the Alumni Leadership Council from 2003-2007. In 2008, she joined Kay Sloan on the friends trip to Egypt trip and since then has given generously to student travel scholarships. She has consistently attended alumni events and has expressed a deep commitment to student travel initiatives. Pamela is married to Philip Parisi, who is also one of MassArt's distinguished Graphic Design graduates. 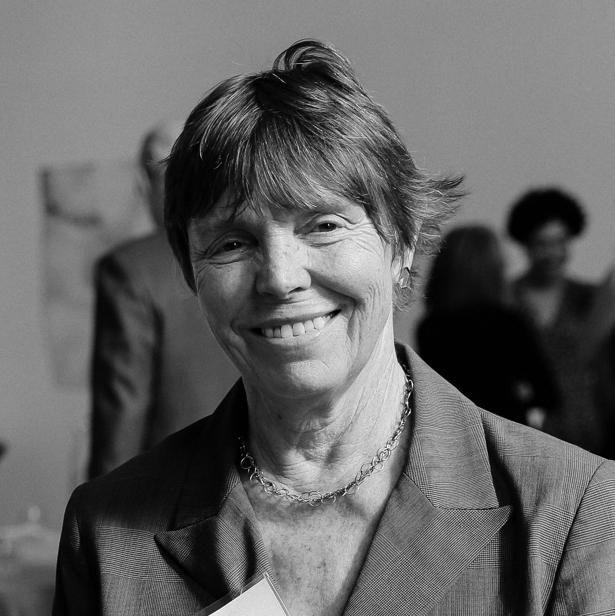 Linda Snyder is a retired executive with experience in managing organizations in higher education and the public sector involved in building and campus planning, financing, design, construction, facility management and operations. Ms. Snyder is currently consulting for the Commonwealth on matters related to space use and real estate in the wake of COVID-19.

From 2012 to 2017 Linda served as Tufts University Vice President for Operations, responsible for the Tufts campuses in Boston, Medford/Somerville and Grafton, Massachusetts. Linda was Dartmouth College Vice President of Campus Planning and Facilities from 2009 to 2012. From 2005 to 2009 Ms. Snyder was the Associate Executive Dean of Physical Resources and Planning for the Faculty of Arts and Sciences (FAS) of Harvard University.

From 1997 to 2005 Ms. Snyder was the Executive Director of the Massachusetts State College Building Authority, where she pioneered an innovative harmony-based construction delivery process for public agencies, now written into Massachusetts law. From 1993 to 1997, she managed the construction of the Chelsea, Massachusetts school system. Ms. Snyder holds a 1981 Bachelor of Landscape Architecture and Environmental Planning from Utah State University and is a 1996-97 Harvard University Graduate School of Design Loeb Fellow. Ms. Snyder lives in the South End of Boston with her husband Steven Kadish.