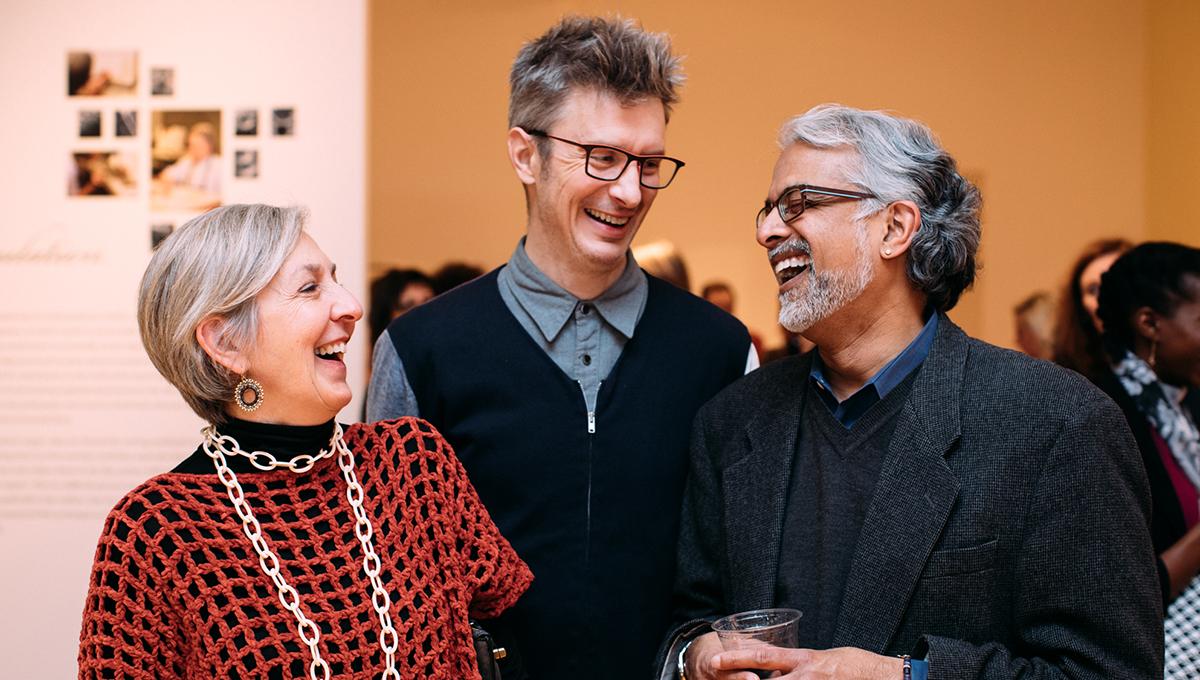 The Massachusetts College of Art and Design Foundation is a committed body of supporters who volunteer their time to advance the mission of MassArt, its students, faculty and staff.

Foundation members are dedicated to expanding philanthropic support for the College in order to make a world-class education possible for aspiring young artists.

Their leadership, vision and financial support have built the annual MassArt Auction into a premier event in the City of Boston. The incredibly successful pre-fashion show party that funds scholarships for outstanding fashion design students, was launched by the MassArt Foundation.

They are instrumental in establishing scholarships, supporting faculty initiatives, developing special programs and much, much more.

Recognized as a leading voice in Boston and beyond for fostering support and recognition of contemporary art and design, MassArt Foundation members are tireless advocates for artists and designers whose unconventional talent enriches the cultural landscape throughout New England.

Individually and as a group, MassArt Foundation members fearlessly advance MassArt's mission throughout the United States and internationally. The MassArt Foundation is a 501(c)(3) public charity and gifts made to it are recognized as charitable donations. To learn more, contact Marjorie O'Malley, Executive Director, MassArt Foundation and VP for Advancement, MassArt.

The MassArt Foundation is a charitable corporation exempt from taxation under 501(c)(3) of the IRS code that raises funds for programs at MassArt and oversees its endowment. Last year the foundation distributed more than $1.5 million in scholarships, awards, and grants. The MassArt Foundation's Federal Tax ID number is 04-2742359.

Established a quarter century ago, the foundation is led by a thirty-member Board of Directors and its committees work in concert with the college's senior leadership to identify and shape fundraising priorities.

Contributors to the MassArt Foundation recognize the tremendous opportunity that a MassArt education provides to aspiring artists, designers, and educators seeking to make a difference through their chosen craft.

MassArt Foundation Board of Directors 2018-2019