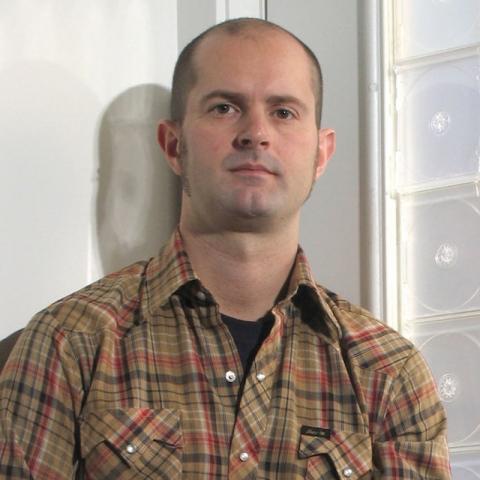 Robert Maloney is a Boston area native who creates multimedia pieces influenced by the many layers of the urban landscape. His recent work focuses on the connections between the temporary materials of our man-made structures and how these fragile forms relate to the erosion of our memories over the course of time.

Robert combines a variety of materials like wooden structures, topographical maps and digital projections in ways that evoke a simultaneous process of amelioration and deterioration. Through the passage of time, only traces of the original instances may remain; the temporal residue of a previous existence.

Robert’s work was recently featured prominently within the context of the landscape in three public art pieces: the Illuminus Festival 2015, the Art on the Marquee at the Boston Convention Center and the Fenway 30 Second Cinema project. Robert’s first permanent public art piece was recently funded by the
Henderson Foundation and installed on Dec 28, 2016. The Haffenreffer Chimney Restoration Project is a solution that restores the signage on the chimney of the historic Haffenreffer Brewery in Jamaica Plain, MA.