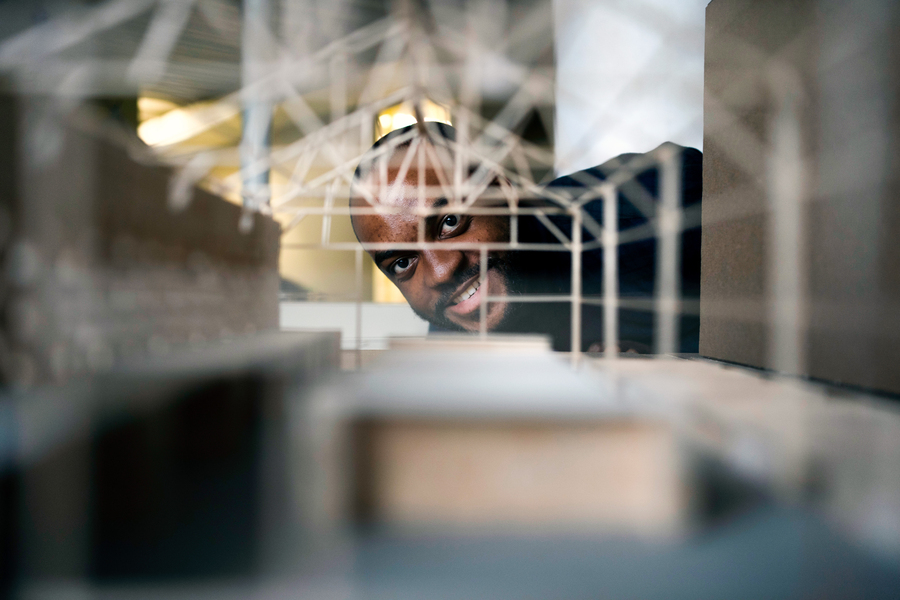 Graduate student Justin Brazier lends his design skills to community projects in the Greater Boston neighborhoods where he grew up.

"From a young age, Brazier loved to draw. But when it came time for college, he didn’t think he could get a viable job as an artist. Instead, he searched for other exciting careers, hopping between colleges in and out of the Boston area and cycling through numerous majors, from engineering to business to chemistry. But he had no luck with finding a match.

"Finally, after years of searching, “I bit the bullet to pursue art,” figuring that even “if I don’t make any money, at least I’ll be happy,” he says. Brazier returned to Boston to study at the Massachusetts College of Art and Design. At first, he pursued industrial design with the goal of designing sneakers. But then, some of his professors encouraged him to look into architecture, where he could develop a broader skill set. “I took some classes and everything clicked,” he says."