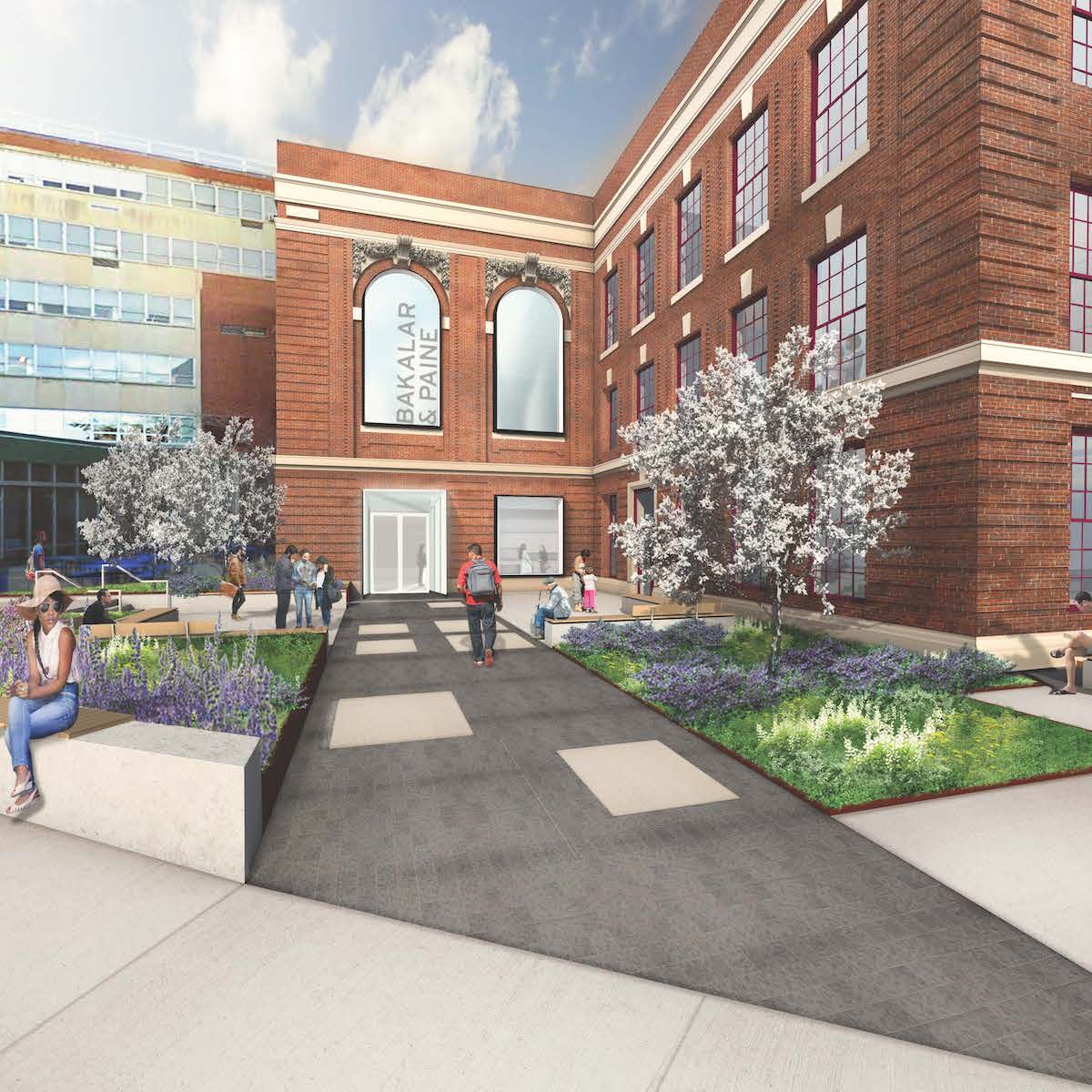 Boston, MA – September 10, 2018 – Massachusetts College of Art and Design (MassArt) announces the completion of the UNBOUND campaign to renovate the Bakalar & Paine Galleries. The College’s largest private fundraising campaign in its history, UNBOUND raised a total of $12.5 million, surpassing the $12 million goal, engaged 424 donors, and garnered the College’s first $1 million gift. The renovation is currently underway, with plans to open exhibitions in the winter of 2020.

"The success of the UNBOUND campaign demonstrates the enthusiasm of private donors for investing in free, world-class contemporary art in Boston," said President David P. Nelson. "MassArt’s Bakalar & Paine Galleries have served our community for decades, and with the help of these generous individuals and organizations our spaces will be revitalized to offer greater accessibility and expanded programming, opening the door to art and design for all."

In May 2016, MassArt officially kicked off the public phase of the UNBOUND campaign with a $1 million gift from Pace Gallery founder and MassArt alumnus Arne Glimcher (BA’60, Painting). The campaign received two additional seven-figure gifts from Barbara and Amos Hostetter and an anonymous donor. Among the foundations that supported UNBOUND are The 1434 Foundation, Cabot Family Charitable Trust, Hearst Foundations, and Mabel Louise Riley Foundation. Additional support was provided by the Massachusetts Cultural Facilities Fund of the Massachusetts Cultural Council and the Edward Ingersoll Browne Fund from the City of Boston.

The UNBOUND campaign funds a full transformation of the 8,000 square foot, three-floor gallery space, which to date has showcased four exhibitions per year (fall and spring semesters only) by some of the world’s most influential established and emerging contemporary artists. Campaign funds support restoration and preservation within the historic galleries that occupy one of the original buildings on the MassArt campus built in 1906. designLAB Architects and Dimeo Construction are leading the renovation project.

In June 2017, the College began Phase 1—creation of a new exterior plaza and the installation of an underground utilities system. The landscape architecture will physically and aesthetically connect the 1,875 square foot plaza outside the Bakalar & Paine Galleries with the adjacent Design and Media Center plaza, completing the beautification of MassArt’s streetscape on Huntington Avenue.

MassArt serves as a resource and community center for the public and stands as the anchor for the neighborhood’s revitalization. Situated at Huntington and Longwood Avenues, the Bakalar & Paine Galleries are located at a bustling intersection of universities, arts institutions, a world-class medical and academic center, and the residents of the Mission Hill neighborhood. The improved landscape and planned street-side front entrance to the Galleries—often the public’s first introduction to the College—will provide a welcoming space for the community. Among its neighboring academic buildings of traditional brick facades, the newest structures on MassArt’s campus offer transparency to showcase the creative process and invite the public to participate.

Revitalization of the Bakalar & Paine Galleries marks the final phase of the College’s $140 million comprehensive campaign launched in April 2010 for the transformation of the entire MassArt campus, which stands as the "top" of the Avenue of the Arts. The Gold LEED Certified Kennedy building was renovated in 2008, followed by the construction of two new award-winning buildings, the Gold LEED Certified "Tree House" residence hall (2012) and the Silver LEED Certified Design and Media Center (2016).

Massachusetts College of Art and Design (MassArt) is one of the top colleges of its kind in the United States. Founded in 1873, MassArt has a legacy of leadership as the only freestanding public college of art and design in the country and the nation's first art school to grant a degree. The College offers a comprehensive range of undergraduate and graduate degrees in art, design, and art education, all taught by world-class faculty. MassArt is also home to the Bakalar & Paine Galleries, a free professionally curated contemporary art space dedicated to enriching the academic curriculum and making contemporary art an accessible experience for all. Among MassArt's most accomplished alumni are designer Brian Collins, art dealer Arne Glimcher, Oscar-winning set designer Nancy Haigh, visual artist and composer Christian Marclay, 2016 Project Runway winner Erin Robertson, interior and lifestyle designer Kelly Wearstler, and photographer William Wegman. For more information, visit massart.edu. Follow MassArt on social media: Twitter, Instagram, Facebook, and LinkedIn.