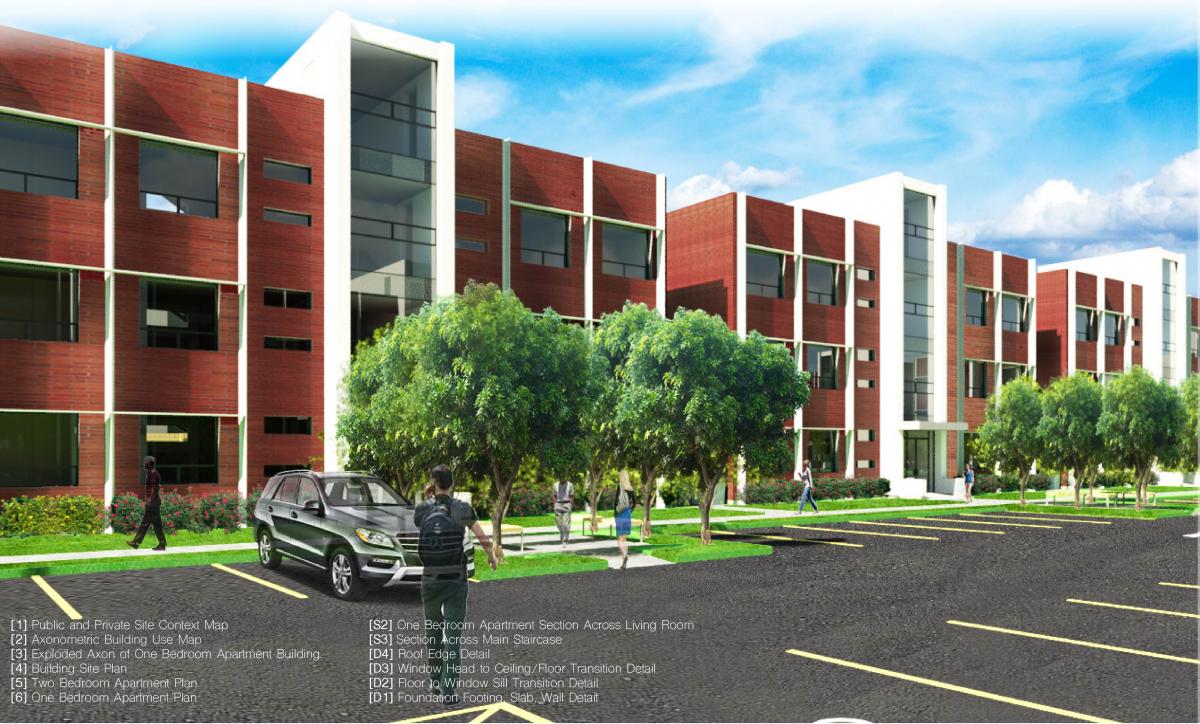 As a residential project located in the urban setting of Central Cambridge, the project required research about zoning ordinance and building codes to provide an early basis for the design. In such an urban setting, the design is also influenced by the surrounding context - such as streets' traffic direction, nearby public transit, amenities, the relationship between public and private areas, etc.

The project is mainly aimed for working class residents. Therefore, the project's focus was on designing the apartment complex in a way that can reduce rent and energy use for lower utility bills. Therefore, the square footage of the unit is minimized by the efficient use of space, while the building exteriors are detailed to provide a continuous barrier against thermal air and water leakage.

In addition, a majority of large windows are placed on the south-facing facades for passive solar heat gain during winter. During summer, sun shading devices over the south-facing windows prevents overheating.

For exterior building materials, white CMU and brick veneers are used. By using brick veneers, each building nicely blends into the context while it creates contrast in color against white CMU veneers.