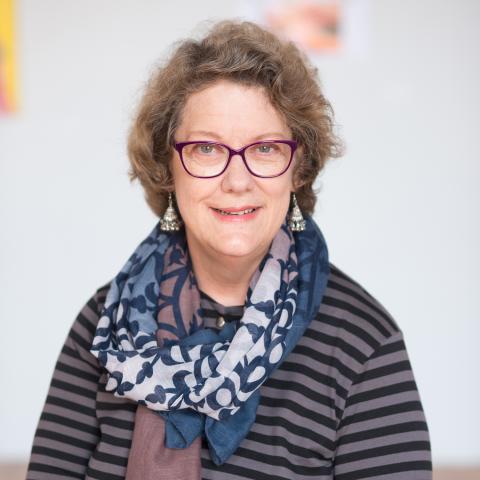 Lois Hetland, Ed.D. (Harvard Graduate School of Education, 2000), has been a Professor in the Art Education Department at the Massachusetts College of Art and Design since 2005. From 2008-2010, she led development of MassArt's College-wide learning goals, which were adopted by the college in 2011. She represented MassArt on the AMCOA Task Force of the State Colleges of Massachusetts (2011 - 2013). She led development and adoption of three new Art Education graduate programs; approved by the MA Board of Higher Education, 2016; launched summer 2018 and 2019.

In 2013, she made her first trip to India and returned with MassArt students in four travel courses co-taught by Professors Saul Nava (Liberal Arts) and Jenn Varekamp (Fashion Design). She initiated an institutional partnership between MassArt and the Srishti/Manipal Institute of Art, Design, and Technology in Bangalore and is currently conducting professional development with the faculty around revising courses across all fine art and design disciplines and all levels (Foundation through Graduate studies) by using Studio Thinking's Habits of Mind as a lens.

Lois served as a Consultant to James Read on development of syllabi for new MDes program, 2015-16. Currently, she is Co-Principal Investigator for four years (2019-2023) for a National Science Foundation grant, Cool Science, with UMass Boston, UMass Lowell, and the University of Kansas. The grant focuses on informal education (educating mentors who work out-of-school with children and youth) around extreme weather by using visual thinking in accordion books to support students in developing understanding of weather science. The youth translate their understanding into a poster on extreme weather that they submit to a contest -- winners' work is displayed on city buses in MA, KS, and MO. She worked or was affiliated in various capacities at Harvard's Project Zero from 1992 - 2018, where she was Principal Investigator (2000-2010) and Founding Director (1996-2005) of their Summer Institute.

Proposed and supported development of "Looking In/Looking Out," an exhibition of Indian photography at MassArt’s Bakalar & Paine Galleries, September 28 – December 5, 2015 (2014 – 2015). Invited/hosted two-week residency by artist-educators Arzu Mistry and Todd Elkin, Unfolding Practice: Reflections on Learning and Teaching, Arnheim Gallery, MassArt, October 9-20, 2017 and a week-long residency in Art Education and other departments for the Beehive Design Collaborative, including a public presentation and exhibition of development of the True Cost of Coal poster (February 21-29, 2012).