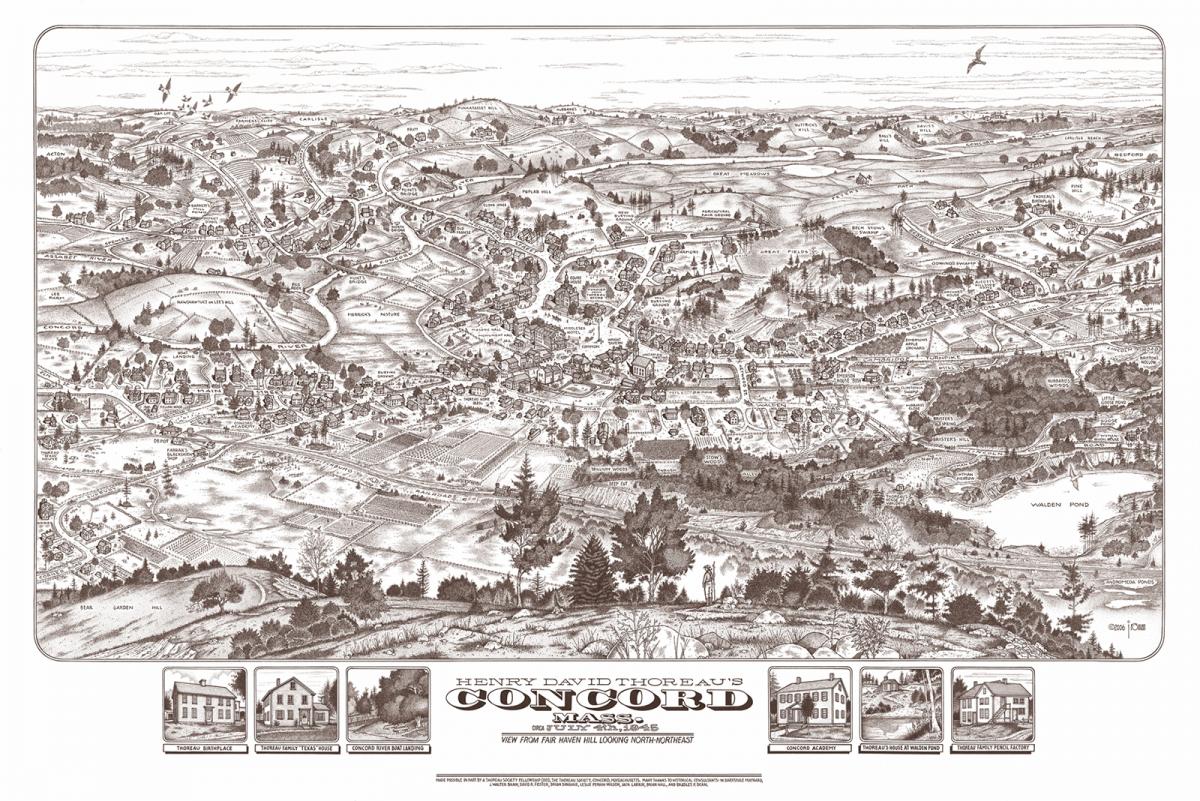 A detailed and illustrated bird's-eye-view map of Thoreau's Concord, as of July 4, 1845, the day Thoreau moved into his Walden house. Illustrated in the style of a 19th-century "Bird's Eye" map. The chimney on the cabin is not drawn into the picture because Thoreau did not add the chimney until the fall after he had taken up residence. Included with the poster is a detailed historical fact sheet calling out some of the details.

Illustration Professor John Roman produced this map through research funded in part by a Thoreau Society Fellowship (2003) and with input from many experts.