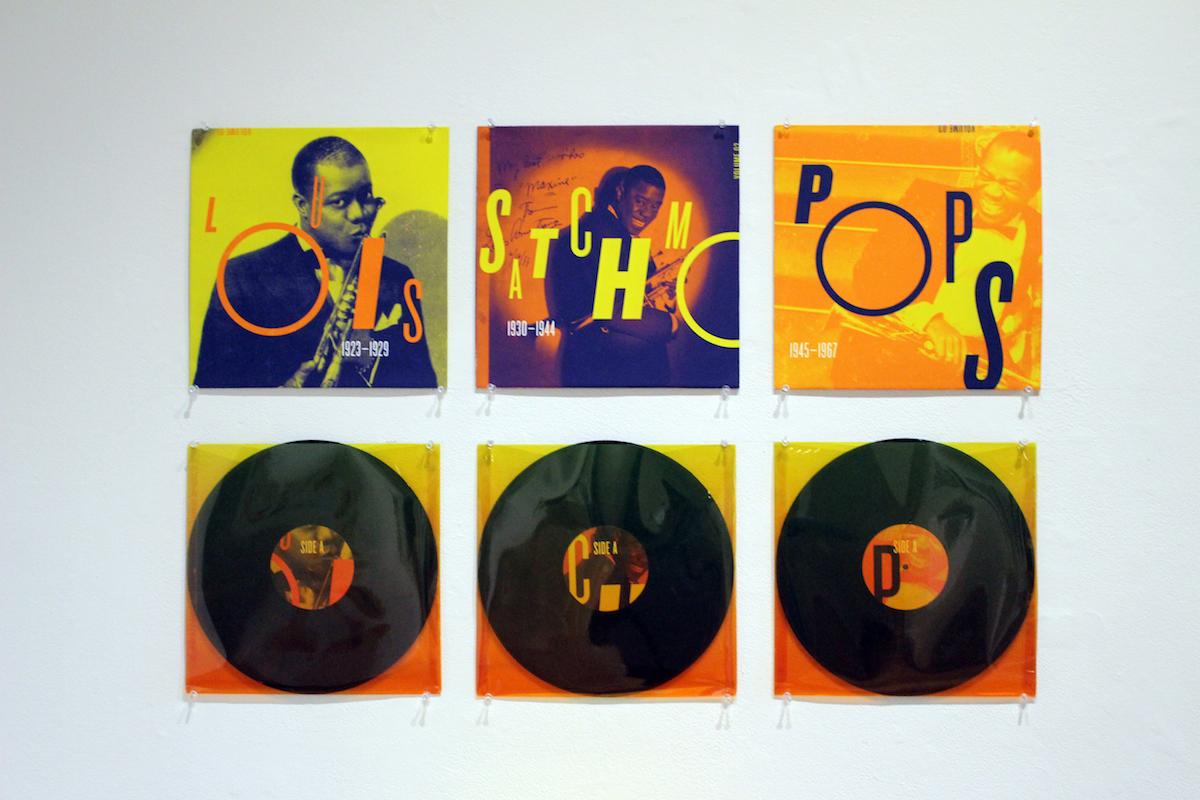 Those who don’t know who Louis Armstrong still know his music, especially his gravelly, unique voice. We may all recognize some of his most famous songs like “What A Wonderful World”, “Hello Dolly”, and “La Vie En Rose” but do we really know the man behind it all? It wasn’t until this project that Alexandra felt like she really knew the King of Jazz. Louis’s independence, smile, expressiveness, and dexterity, truly make him one of the pivotal and most influential figures in jazz music.

It is these ideas that start to define this collection and its visuals, especially with the bright use of color and playful, rhythmic and unique typography. The set includes three records, a book, and box. The three records explore Louis’s progression from when he first started in the 1920s as an emerging artist and bandleader to the end of his career in the mid-sixties where he won a Grammy for “Hello Dolly”.