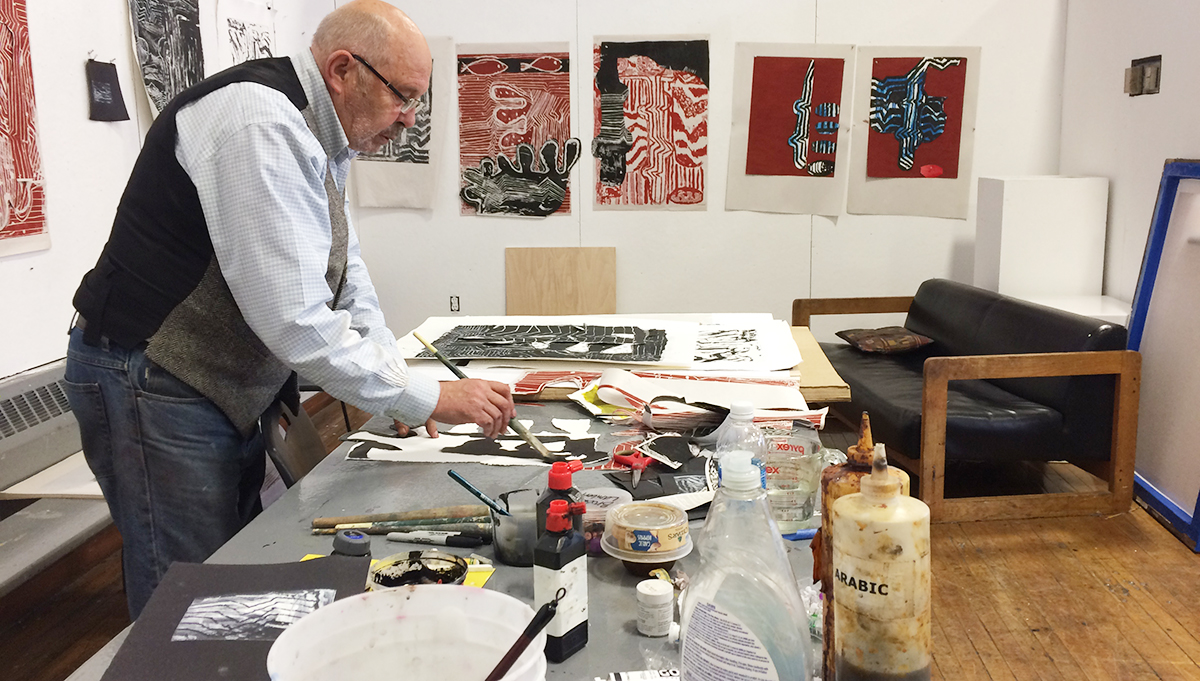 MassArt welcomed artist John Walker for the 2017 Master Print Series, an artist in residency project during which, an established artist transforms an idea into physical artwork, and invites students to collaborate in the art-making process.

Walker was a Gregory Fellow at Leeds University (1967-1969). Awarded The Harkness Fellowship, Walker came to the United States in 1969–70 and received a Guggenheim Fellowship in 1981. In 1972 he represented Britain in the Venice Biennale.

He has had solo exhibitions at the Museum of Modern Art in NY; The Phillips Collection in DC; The Tate Gallery, London; The Hayward Gallery in London; The Kunstverein, Hamburg; The Art Gallery of New South Wales in Sydney, Australia; and others.

He has taught at the Royal College in London and at Yale University and since 1992, He has been teaching at Boston University’s Graduate Program in Painting and Sculpture.

Anthony Kirk is a Scottish-born artist and Master Printer, and served as head of the etching de­partment at Tyler Graphics from 1988 until 2000 working on major projects with Frank Stella and Helen Frankenthaler. In 1998, he printed John Walker's Passing Bells print portfolio. Kirk was also the Artistic Director and Master Printer at the Center for Contempo­rary Printmaking in Norwalk, Connecticut for 13 years.