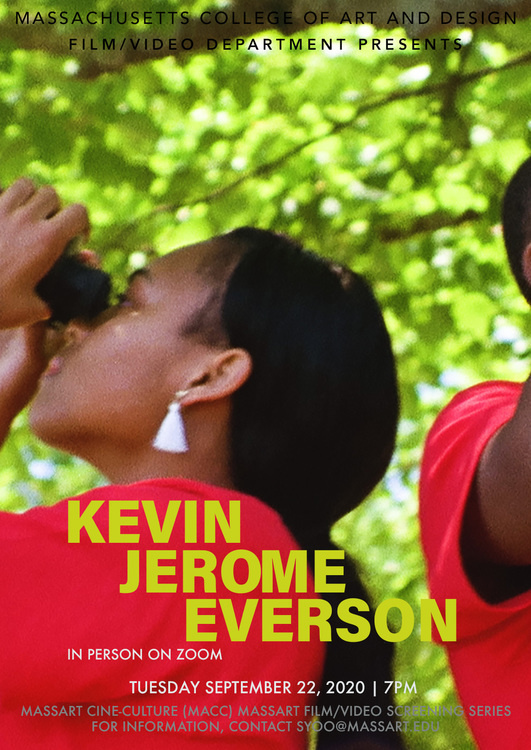 The Massachusetts College of Art and Design Film/Video department is pleased to welcome Kevin Jerome Everson to the Fall 2020 installment of the MassArt Ciné Culture (MACC) screening series.

Artist/Filmmaker Kevin Jerome Everson was born and raised in Mansfield Ohio. He has a MFA from Ohio University and a BFA from the University of Akron. He is currently a Professor of Art at the University of Virginia in Charlottesville Virginia.  He has made nine feature length films and over one-hundred and sixty short films.

Everson will screen a program of shorts and his 2017 feature Tonsler Park for the MACC audience asynchronously, and will join us in person on Zoom post-screening discussion and Q&A.