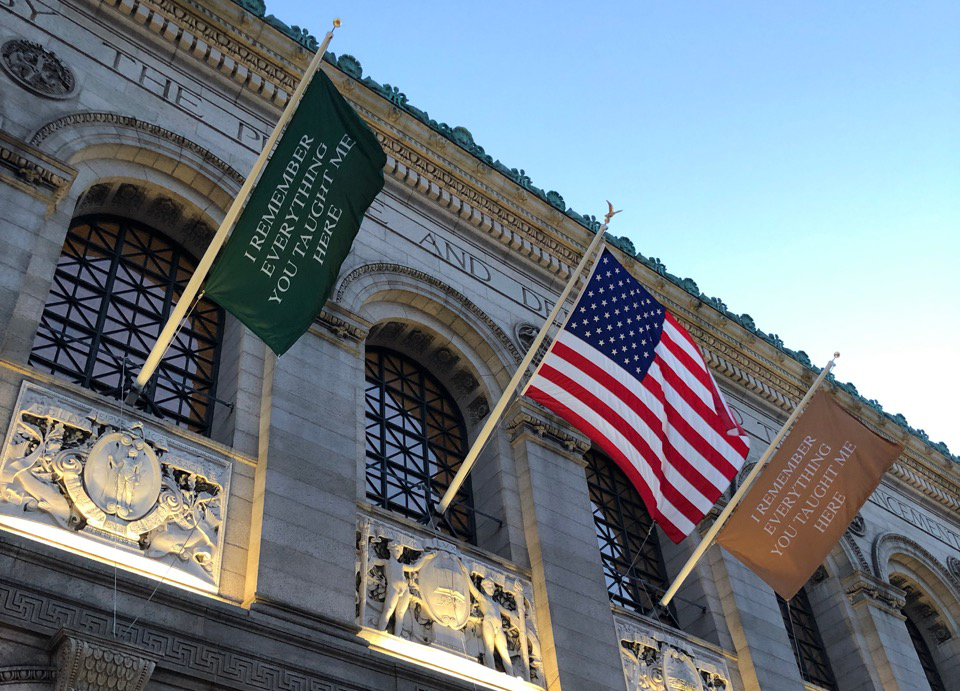 Tuesday, October 16, 6pm (Free and open to the public)

Since 2016, For Freedoms has produced special exhibitions, town hall meetings, billboards, and lawn sign installations to spur greater participation in civic life. This year, For Freedoms launched its 50 State Initiative, a new phase of programming to encourage broad participation and inspire conversation around November’s midterm elections.

Building off of the existing artistic infrastructure in the United States, For Freedoms has developed a network of over 300 artists and 200 institutional partners who will produce nationwide public art installations, exhibitions and local community dialogues in order to inject nuanced, artistic thinking into public discourse. Centered around the vital work of artists, For Freedoms hopes that these exhibitions and related projects will model how arts institutions can become civic forums for action and discussion of values, place, and patriotism.

The Tyrone Maurice Adderley Lecture Series, which is held each semester at MassArt, recognizes the achievements of distinguished artists, art historians, writers, and social justice advocates from underrepresented groups and was established in 1995 in memory of MassArt painting student Tyrone Maurice Adderley.

For Freedoms Town Hall: Freedom of Speech and Public Art

Location
MassArt, 621 Huntington Avenue (Avenue of the Arts), Boston
Enter through the Design and Media Center

For Freedoms started in 2016 as a platform for civic engagement, discourse, and direct action for artists in the United States. Inspired by Norman Rockwell’s 1943 paintings of the four universal freedoms articulated by Franklin Delano Roosevelt in 1941—freedom of speech, freedom of worship, freedom from want, and freedom from fear—For Freedoms seeks to use art to deepen public discussions of civic issues and core values, and to clarify that citizenship in American society is deepened by participation, not by ideology. For Freedoms is part of a rich history of artists employing means of mass communication to provoke political discourse. For Freedoms believes art, and artists, play an important role in galvanizing our society towards a more representative and transparent government.

Massachusetts College of Art and Design (MassArt) is one of the top colleges of its kind in the United States. Founded in 1873, MassArt has a legacy of leadership as the only freestanding public college of art and design in the country and the nation's first art school to grant a degree. The College offers a comprehensive range of undergraduate and graduate degrees in art, design, and art education, all taught by world-class faculty. MassArt is also home to the Bakalar & Paine Galleries, a free professionally curated contemporary art space dedicated to enriching the academic curriculum and making contemporary art an accessible experience for all. Among MassArt's most accomplished alumni are art dealer Arne Glimcher, designer Brian Collins, Oscar-winning set designer Nancy Haigh, visual artist and composer Christian Marclay, 2016 Project Runway winner Erin Robertson, interior and lifestyle designer Kelly Wearstler, and photographer William Wegman. For more information, visit massart.edu. Follow MassArt on social media: Twitter, Instagram, Facebook, and LinkedIn.