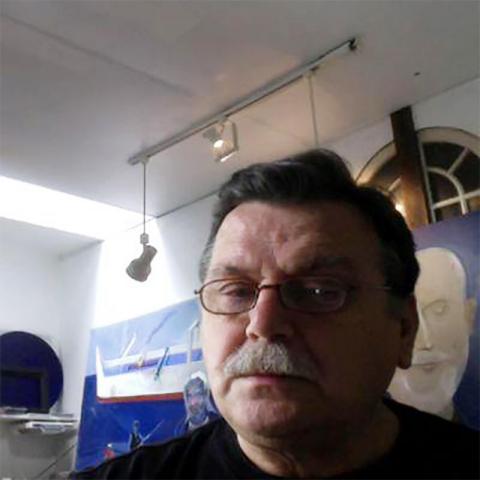 He began his career in theater and film, designing sets, costumes, posters and later worked as an illustrator for printed media.
Searching for a new beginning in 1983 he moved to the New England. As an illustrator he worked for the New York Times, The New Yorker, The Atlantic Monthly, The Boston Globe, Time Magazine, and numerous other clients. He continues to work for publishers in Poland.

Wolynski’s work has been exhibited in Poland, Scandinavia, France, Belgium, Spain, Italy, Hong Kong, Japan and the USA. His work is private and public collections, but he rarely takes part in exhibitions. His media include oil, acrylic, gouache, watercolor, pen & ink, and crayons. His work includes elements of sculpture and relief.
In 1990’s he began teaching in schools of art, and is currently professor of Illustration at Massachusetts College of Art and Design in Boston.