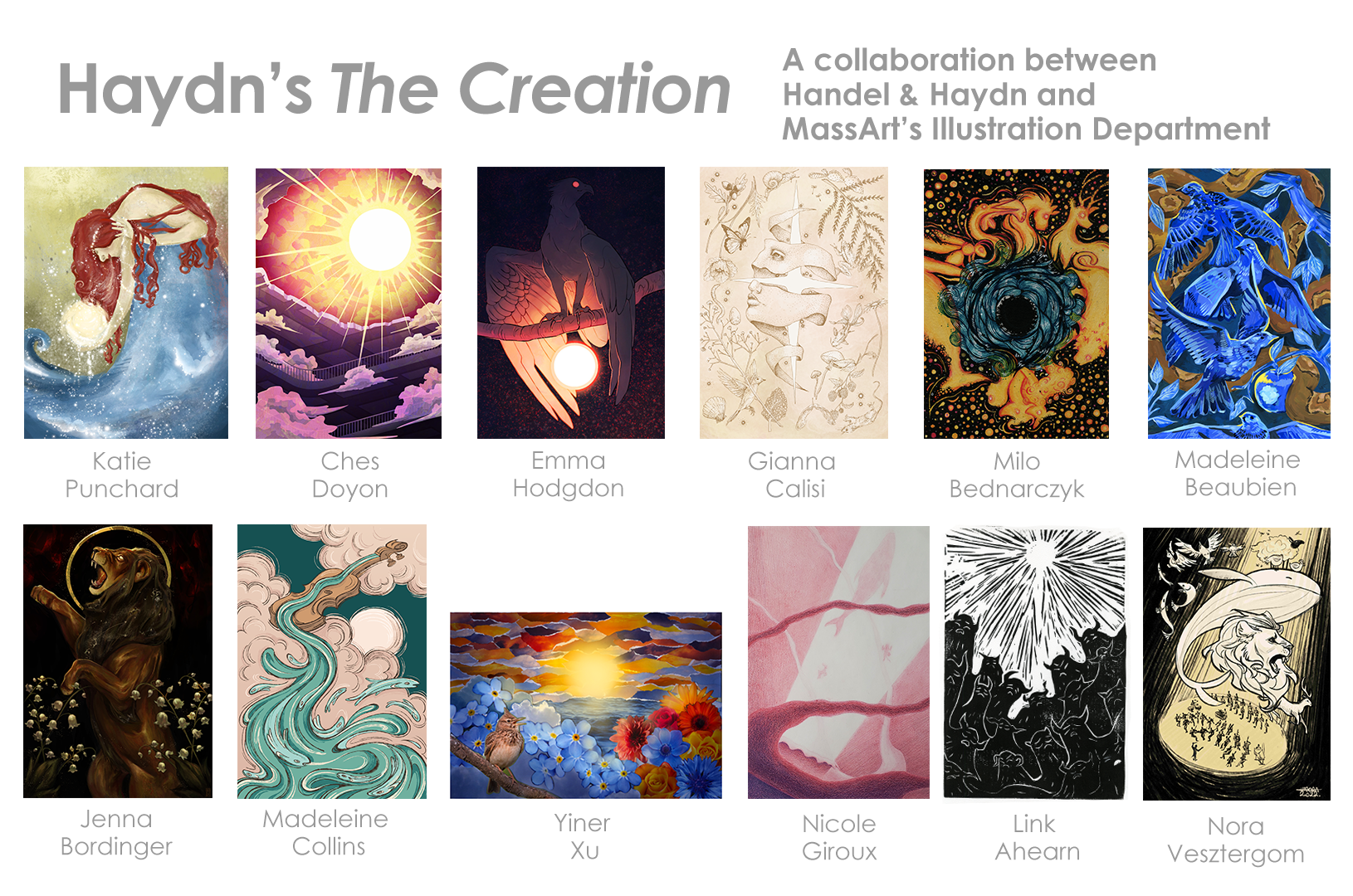 Capture your own visual interpretation of classical music masterpieces while emerging as an illustrator!

One of the essential courses of the Illustration major, CDIL-326 Junior Illustration is offered in multiple sections in the fall and spring semester. The course explores future professional avenues with assignments addressing book, editorial, product, and advertising illustration, emphasizing the roles of interpretation, conceptualization, symbols, and metaphor in the creation of visual language.

Since 2012, the MassArt Illustration Department and the Handel + Haydn Society (H+H) have been engaged in a partnership which explores the impact of multidisciplinary learning. Its aim is to demonstrate the ways in which a performing arts organization can engage a cross-section of its community, including students, educators, concertgoers, and the global internet audience, while testing the public’s conceptions of the arts. Each generation of Illustration juniors is invited to create original works of art in response to a masterwork being performed in concert by H+H at the Boston Symphony Hall, in their respective year. H+H educators and musicians work with the students to further their understanding of the background and composition of the selected musical work. Students are not constrained by any specifications other than size, having complete freedom of medium and subject matter choice. The experience is a good primer for senior year theses, and a great opportunity for student growth and artistic risk-taking. Past results have established a promising legacy, as MassArt alum Victoria Maxfield won the 2016 Society of Illustrators Scholarship with a portfolio which included, among others, her 2015 H+H contribution titled “The Creation”.

The illustrations, accompanied by personal artist statements, are entered into a competition for one of twelve spots displaying their pieces on location during the last concerts of the season. The pieces are grouped by course section, aiming for a uniform representation from each section of the year. The selection is made by a jury composed of MassArt and H+H representatives. Each juror brings a different point of view to the table and has the opportunity to individually assess each submitted piece. In the aftermath of the competition, students also gain the opportunity to price and sell their original works, or prints thereof, be they part of the final twelve or the pre-selection lineup. 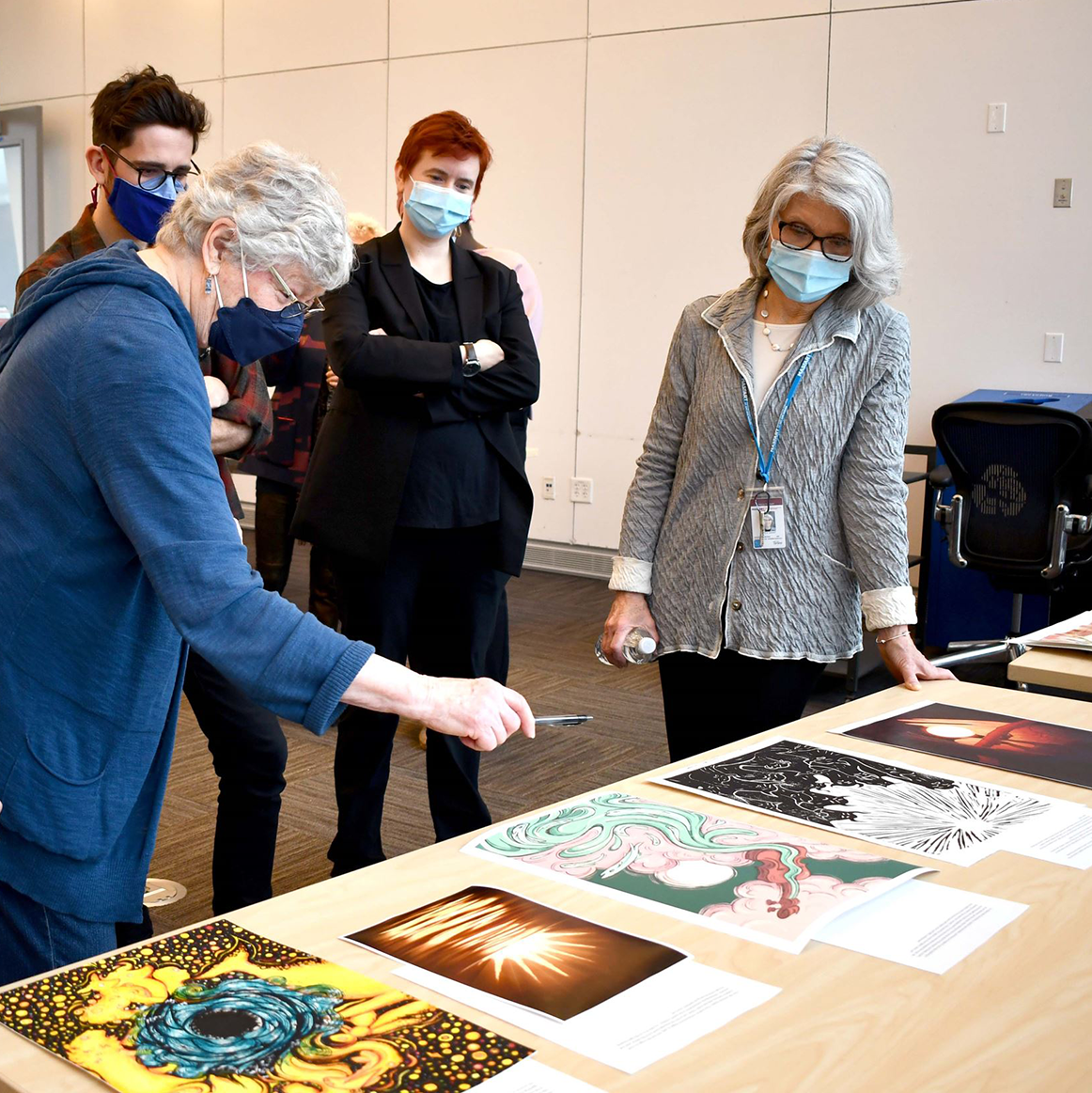 The twelve finalists will be on display at Boston Symphony Hall the evening of April 29, on the occasion of Haydn’s “The Creation” concert, and for a second performance on May 1st.